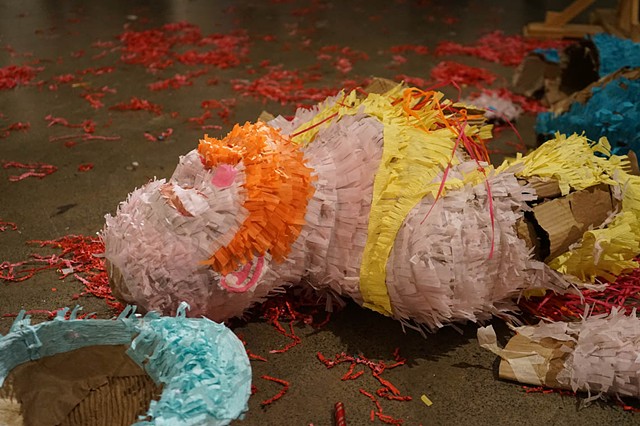 Ryan Kelly is currently an Assistant Professor of Ceramics and Foundations at Western Washington University. From 2006 to 2011 Ryan was an Artist In Residence at The Clay Studio in Philadelphia. He holds a BFA in Ceramics from the Kansas City Art Institute, and an MFA in Ceramics from The Ohio State University. He was also for a year, the Lourmina Salter Fellow at the Baltimore Clayworks. Ryan has taught at a number of institutions including Ohio State University, Swarthmore College, the Maryland Institute College of Art, Tyler School of Art, Rutgers University. The wide variety of materials and communities in which he works has led to his involvement with several puppet theaters and theatrical prop construction for low budget films. He also enjoys having facial hair and speaking in the third person.