My Graduate Thesis show at the Ohio State University in 2005. Inspired by a list made by the poet Walt Whitman, of the 21 famous people he had met in his lifetime, i decided to bring this impossible congress together under one tent. In addition to the the 21 oversized paper mache heads, there was a spinning Mesmeric device to get you into Whitman's spell, and a souvenir photo booth where you could pose as Whitman, recreating a famous photo of him with a souvenir paper butterfly printed with one of his poems. 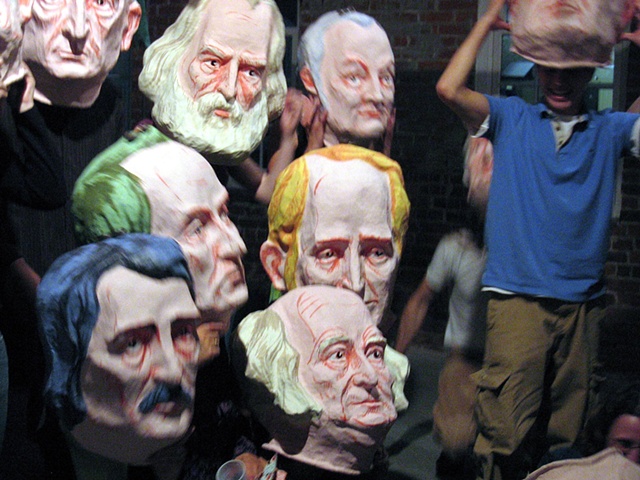 some of the 21 Famous people Whitman met in his lifetime 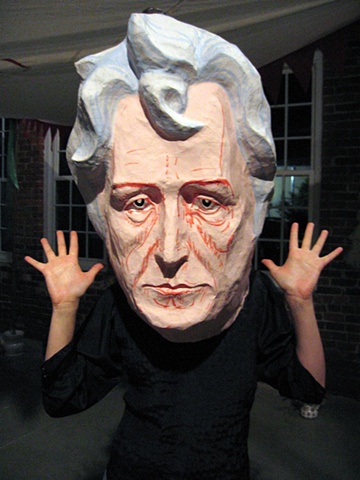 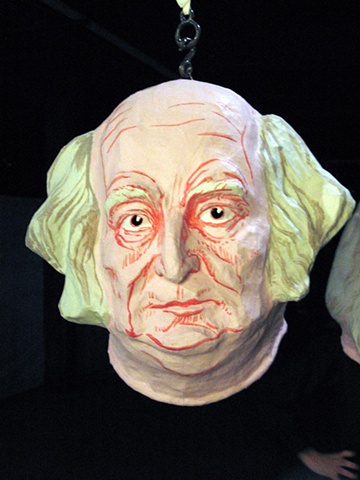 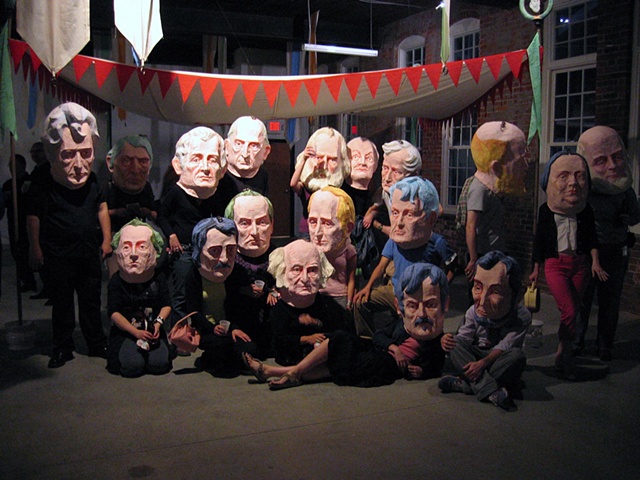 the impossible congress under one tent